During his time at City, Sam was recognised at international level with Wales at both U/17 and U/19 age groups.

After a long period of 18 months out of football due to a fractured leg, Sam returned to the game to play for Conference North side F.C. United of Manchester, followed by a move to FC Marine in 2019, who play in the Evostick Premier.

During his time as a youth team player Sam received his FA Level 2 coaching badge and has now gained experience of coaching both soccer schools and working on technical coaching in 1on1 and small group coaching session working alongside head coach Dave Williams. He has also recently attended trials with premiership clubs in Sweden. 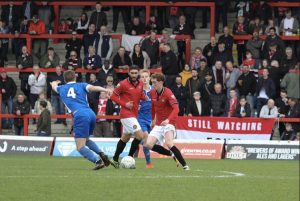